I thought I should write a few words about a very special day for one of my best mates! 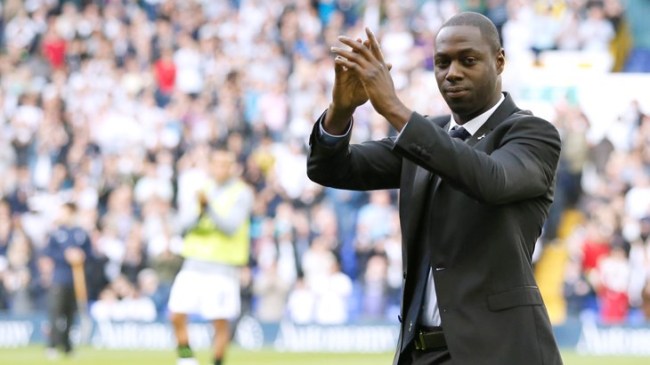 Ledley King is publicly acknowledged as one of the most naturally gifted defenders that England has ever produced and is probably of the few players to have dedicated his career to one club, Tottenham Hotspurs. He had a great football career which was unfortunately hampered by numerous injuries. Despite these Ledley played 323 times for Spurs and represented England 21 times. He also still holds the record for the fastest goal scored in a premiership match at just ten seconds against Bradford in 2000!

As a Physio and close friend who spoke to Ledley a lot about injuries, rehab and training I can say that I doubt there are many professional football players or athletes that could manage such a consistently high standard carrying injuries week-in-week-out.  It was common knowledge that Led didn’t train with the team during the week and was wrapped up in cotton wool. Some weeks he would barely kick a football but be ready to play when needed. You wouldn’t know it when he controlled a ball instantly, knocked an effortless cross field ball or marshaled a £50m centre forward all game. Not today Robben…

Few people outside of football know that he had a severely restricted range of movement in his knee. He couldn’t fully straighten it and had blocked flexion at around 100 degrees – crazy to think that despite this every single England manager wanted him in their squad.

“I don’t like defenders who hold the shirts of other players. The only defender here who doesn’t do that and sometimes still gets the ball off my feet easily is Ledley King. He is the only guy who doesn’t hold players. He will get the ball off you without you even noticing. For me, that is a good defender. He plays without any contact yet is somehow still strong and gets the ball without doing any fouls.”

“He is like a magnet for the ball, a thoroughbred of a defender and the best centre-half in the country.”

“Without doubt, King is one of the best central defenders in England.”

“He is the best central defender I have ever seen.”

“He is an absolute freak.”

Anyway… hope to see you down at his testamonial game on May 12th at White Hart Lane where the current first team will play a ‘legends’ team including Ginola, Sherwood, Sheringham and Crouchy!

Tickets are priced as follows:

Family Package (Two Adults and Two Juniors) – Available in all areas at £40.00

Hospitality packages are also available for the game.